“SUMMERING” Review: “STAND BY ME” For A New Generation

A monster mishmash: ‘HOTEL TRANSYLVANIA: TRANSFORMANIA’ is unnecessary but has fun with its fourth entry

Netflix’s ‘CHEER’ returns stronger than ever with a raw, emotionally engrossing second season

‘In this film, I discovered God’: ‘DON’T LOOK UP’ editor cuts to the core of humanity’s folly, struggle 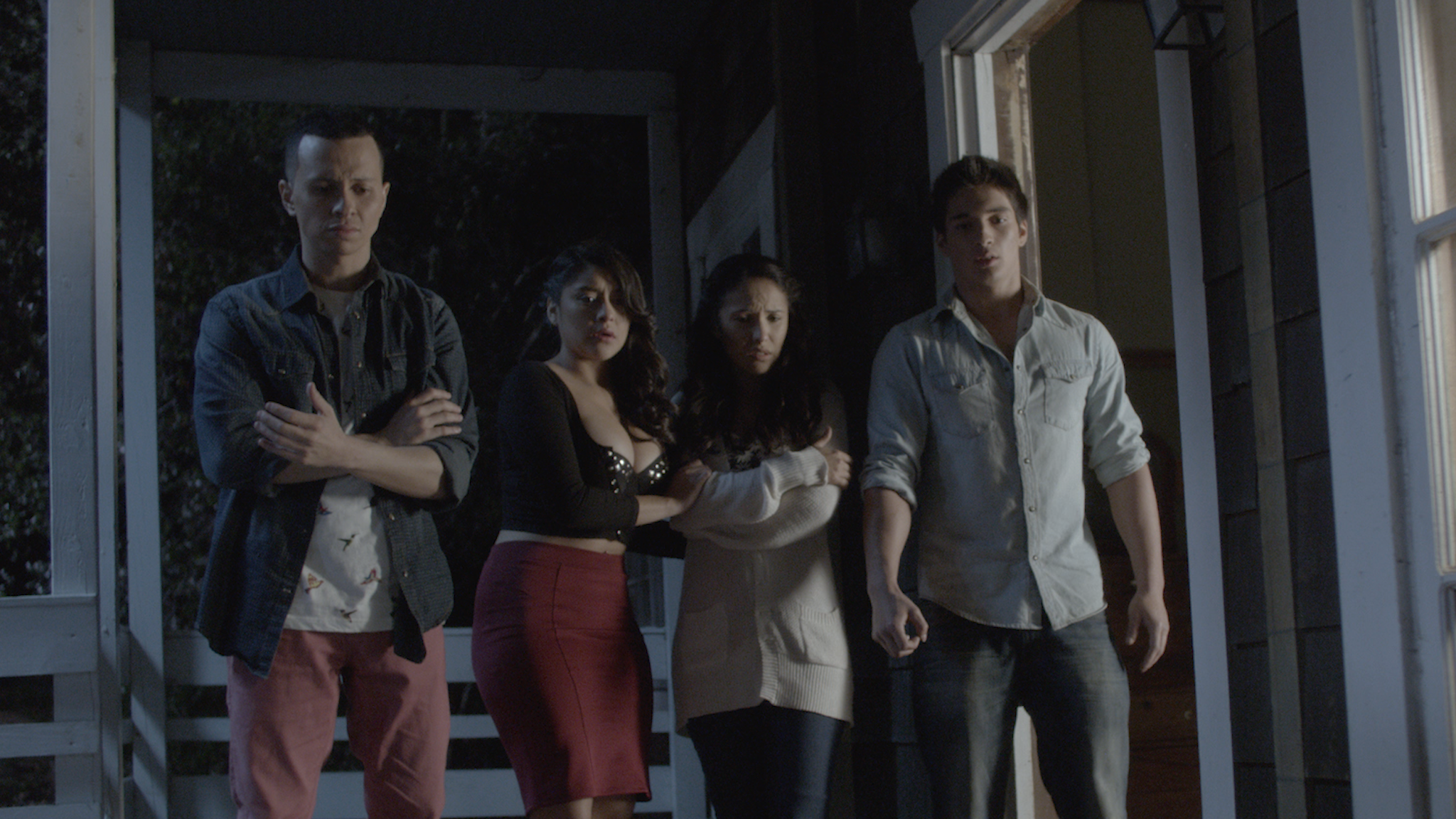 MURDER IN THE WOODS

Director Luis Iga’s MURDER IN THE WOODS knows exactly what it wants to be. A film finding its own identity while serving a story is half the battle. A quick Google search will show you the world isn’t in short supply of slashers, especially those where a group of teens heads to a cabin for a night of murder and booze. Now even meta movies have to do something really creative to stand out.

Needless to say, the filmmaking landscape is tough. It’s tough to be original. But what about just being earnest? That’s where Iga’s film succeeds. It’s a lean, mean, and well-acted little film that’s just having fun with the sheer act of making movies.

Usually, that’s not enough to get a horror movie across the finish line. The characters, written by Yelyna De Leon, are archetypes we’ve seen so many times before, just not from the perspective of an all Latino cast.

The movie stars Jose Julian, Jeanette Samano, Chelsea Rendon (who was really solid on a few episodes of Showtime’s SHAMELESS), Kade Wise, and Jordan Diambrini and Danny Trejo (being the one famous face). Truth be told, Trejo is in more of a glorified cameo, but it’s fine because he has a couple of nice payoff moments, and who doesn’t love Machete? It’s politically conscious without pandering, funny without being desperate, and scrappy as hell without bursting apart at the seams.

The story in MURDER IN THE WOODS is a simple setup: a handful of college friends meet up for the birthday in a rickety old cabin surrounded by ominous trees — that sort of thing. Jesse (Julian) is the loner, and Fernanda (Samano) is his crush. Along for the ride are Gabe (Diambrini) and his girlfriend Chelsea (Rendon), Jule (Wise), and Celeste (Toribio).

There’s a whole mess of interpersonal dynamics and personalities thrown around to create romantic tension and lots of verbal sparring. De Leon’s dialogue is mostly pretty amusing, and the cast is able to bring a rhythm to the chemistry within the friend group. They may be archetypes we already know, but they are believable as being real human beings. Not a lot of horror films of this size succeed at this aspect of scriptwriting in the slightest.

Iga is able to make solid use of the few locations that are visited in the film keeping the shots kinetic and the pace of the film moving. While the gore never registers on a visceral level, he and editor Ryan Liebert keep the tempo up that moves each plot beat on to the next fairly smoothly.

MURDER IN THE WOODS has its problems from being formulaic and visually flat, but it is important to look at Iga’s film context. It’s exacting a template all horror films know by, and heart and is embracing itself unapologetically. Something is endearing about a film that isn’t desperate to impress. Instead, it announces itself as a drive-in special that could serve up some good times with a unique spin.

MURDER IN THE WOODS is now playing in select theaters and at drive-ins. You can find a list of showtimes here.

[Review] ‘AMERICAN MURDER: THE FAMILY NEXT DOOR’ lights up a dark matter

James Cole Clay has been working as a film critic for the better part of a decade covering new releases, blu ray reviews and the occasional drive-in cult classic. His writing is dedicated to discovering social politics through diverse voices, primarily focusing on Women In Film and LGBTQ cinema.